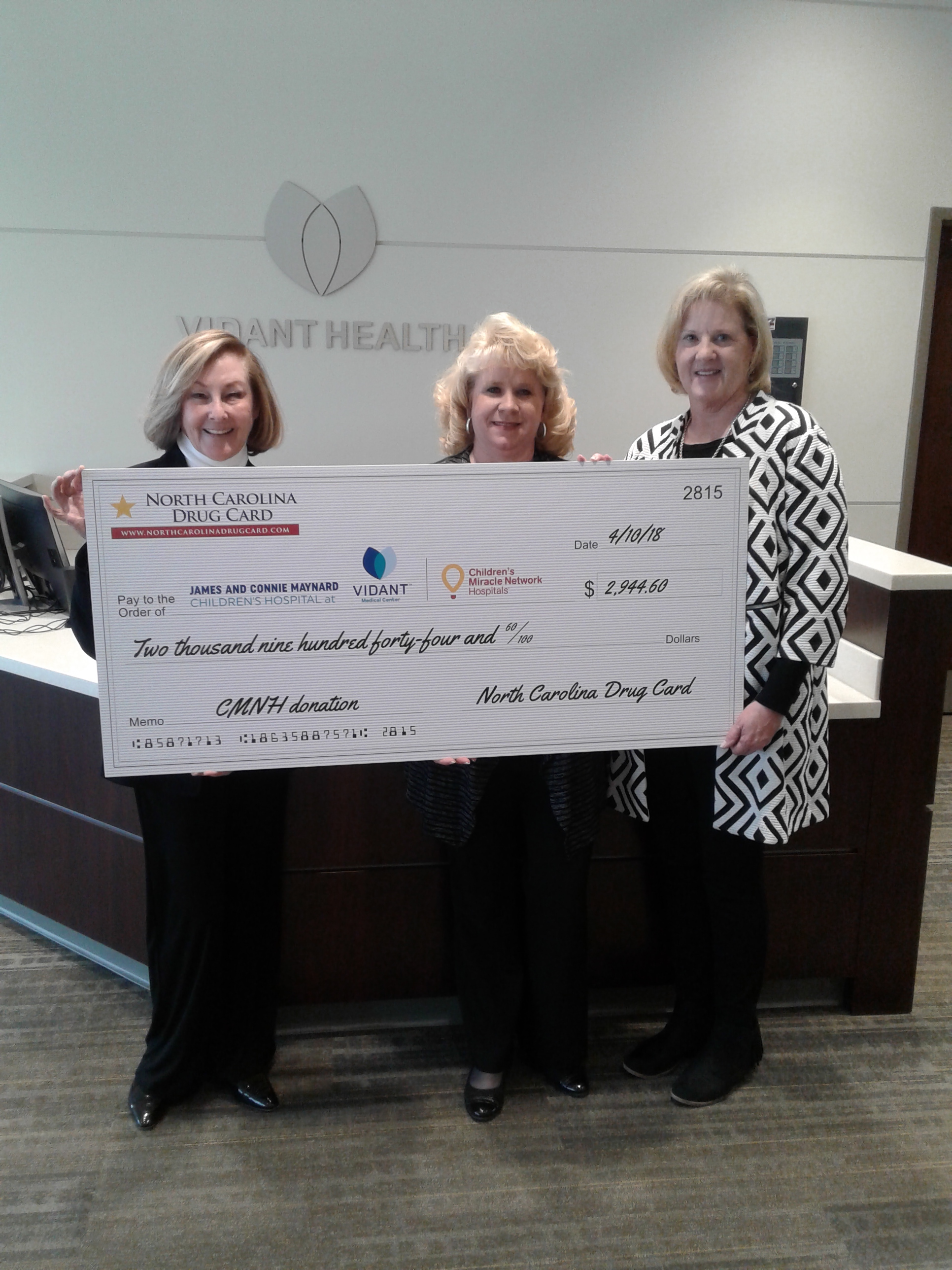 On June 10, 2018, Connie Craig and Lisa Hunneke, North Carolina Drug Card representatives, presented a check to the James and Connie Maynard Children’s Hospital at Vidant Medical Center.  Rhonda James, director, was pleased to receive the check donation in the amount of $2,944.60.

Following the presentation, Connie and Lisa participated in the telethon that occurred that day.  It has been exciting for North Carolina Drug Card to work with James and Connie Maynard Children’s Hospital at Vidant Medical Center and their year-round fundraising campaigns along with the special hospital events held for the kids.  The future is bright for James and Connie Maynard Children’s Hospital and for the children they treat.  It’s important to know that each time you choose to utilize the North Carolina Drug Card, you choose to give back to your local community and for that, we THANK YOU!  Remember to ask your pharmacist about the North Carolina Drug Card the next time you pick-up a prescription.

Since 2015, the United Networks of America partnership with Children’s Miracle Network Hospitals has raised over $2.4 million dollars for local children’s hospitals. Of this, $2,944.60 has been raised for James and Connie Maynard Children’s Hospital . 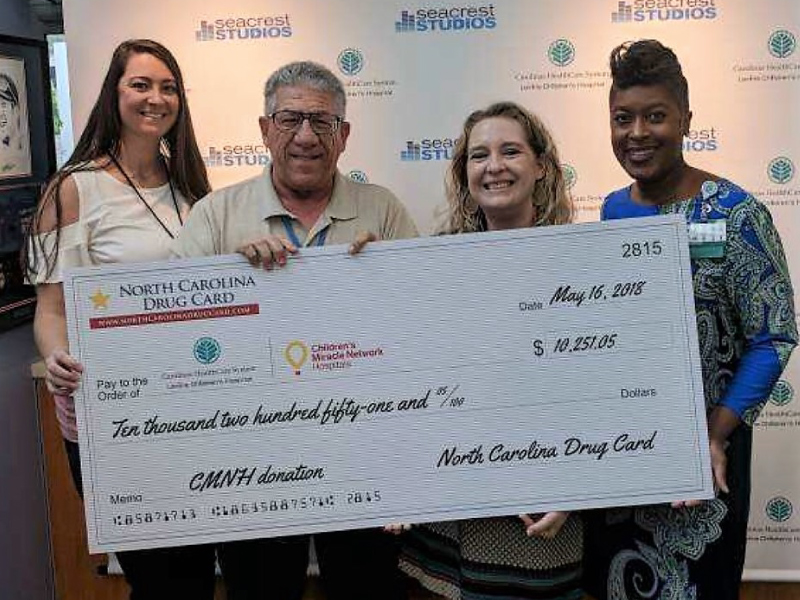 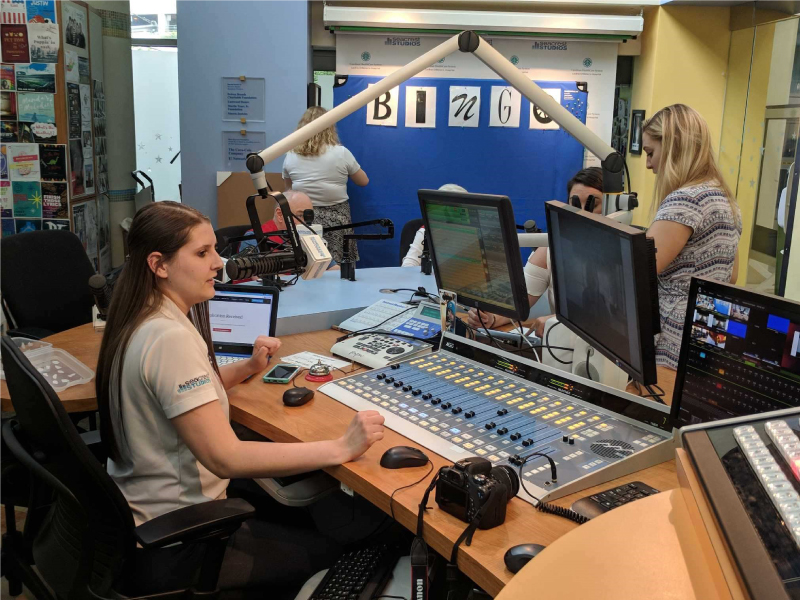 On May 16th, Miranda Mendel, North Carolina Drug Card Regional Manager, and Julius Wittenberg, North Carolina Drug Card Representative, presented a check to the Levine Children’s Hospital (LCH). Kellie Mcgregor, Director of Fund Development and her teammate, Laura Skinner, were pleased receive the check donation in the amount of $10,251.05. Kellie stated that the check will remain in the window of the Seacrest Studio for all to see when they walk into the hospital.

Before the presentation, Miranda and Julius helped Meredith Dean and her staff conduct celebrity bingo at the Seacrest Studios for the children at LCH.
Julius helped operate the camera so the children, who were in their rooms, could see the Bingo numbers and the Bingo board.  Miranda “manned” the phones and took information from the kids that called in “Bingo” so they could receive their prizes.

Since 2015, the United Networks of America partnership with Children’s Miracle Network Hospitals has raised over $2.4 million dollars for local children’s hospitals. Of this, $10,251.05 has been raised for Levine Children’s Hospital . 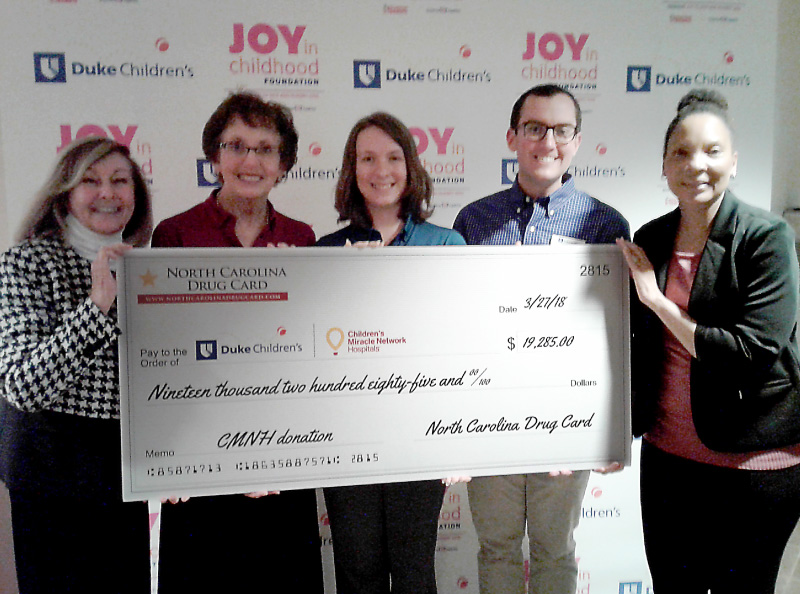 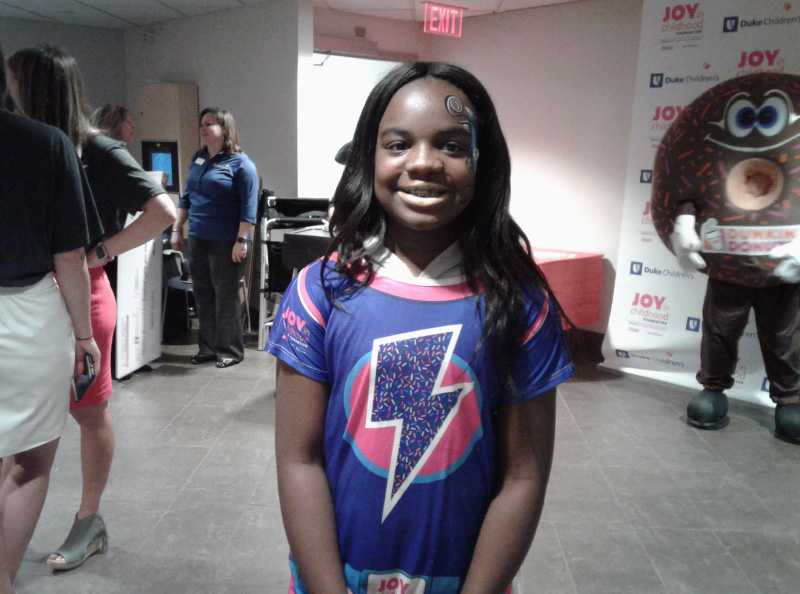 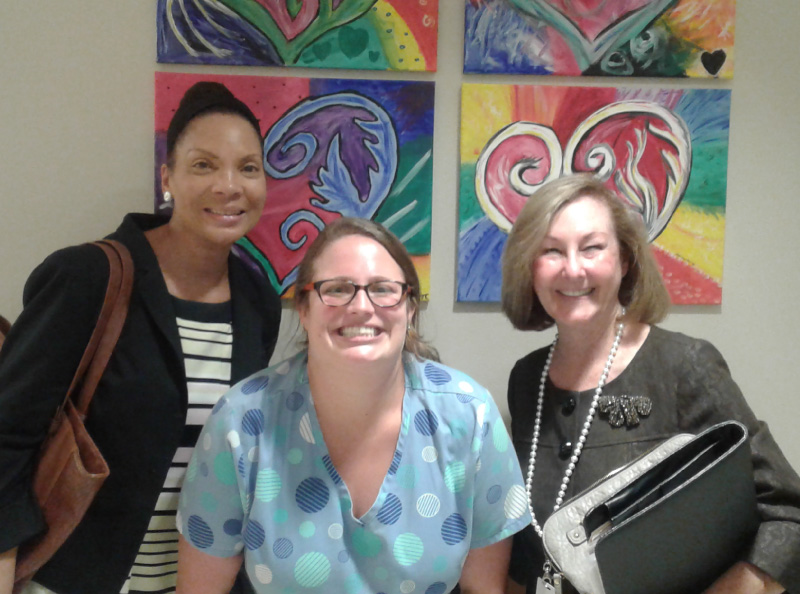 Sharon and Connie attended the ‘Celebrating our Superheroes’ event.  Initially, they introduced each CMN partner and told a little bit about North Carolina Drug Card and how we are designed to assist those individuals that are underinsured or uninsured with prescription medications. It was a great opportunity for other partners to learn more about us and what we do.

Next, they heard from a mom with her daughter that underwent a liver transplant as an infant.  She spoke highly of Duke, the physicians and staff. Not only had her daughter been a patient but she also has a son that is a former patient diagnosed with cancer at a young age.  Needless to say, the representatives found this very moving.  They were able to see how much their hard work helped not only those struggling to pay for high cost prescriptions, but also for the children at Duke.  The mom told her story of gratitude and they felt so proud of having been a part of helping! North Carolina Drug Card representatives were truly inspired and have since shared her story and pictures with their pharmacies so that they will also know that they play a huge role in helping us give to Duke Children’s.